Single sign-on (SSO) adds security and convenience to authentication flow. With SSO, users sign in with one account to open access to a variety of web/software applications, company resources, and domain-joined devices.

It’s neither a protocol nor a specification. Instead, it’s more of a high-level authentication/authorization concept in which a user can log into multiple services using the same credentials.

The main benefit of using SSO is that users have only a single account credential to remember to get access to multiple services.

An application can be configured for SSO through one of several methods available. The list includes OpenID Connect, OAuth, SAML, Password-based, linked and disabled.

Below flowchart helps in deciding which SSO method is appropriate for a situation. 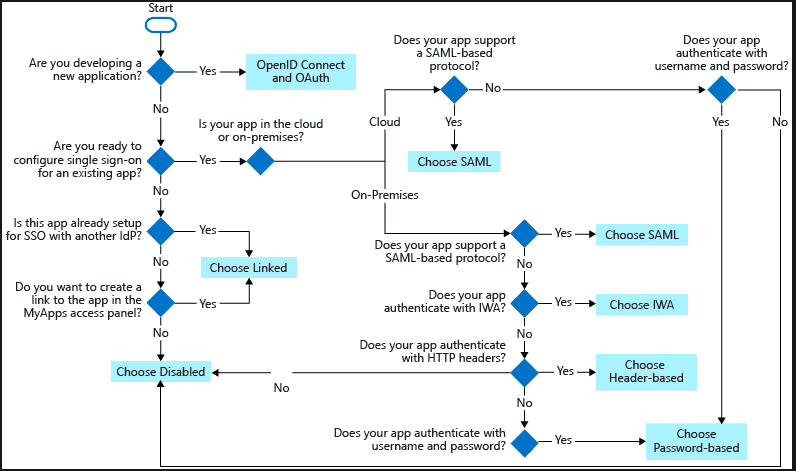 Here we will discuss how a SMART on FHIR application leverage OAuth2 to implement SSO.

SMART on FHIR and OAuth2

OAuth is an authorization protocol that allows users to selectively decide which services can do what with user’s data. A well-known example is that of Spotify app/service allowing its user to sign-in using the Facebook account. In this flow a user allows Spotify to use his/her data from the Facebook account. Though the data access is limited and shared on the user’s consent.

Now, as SMART on FHIR system is a healthcare IT system that has implemented the SMART on FHIR specifications, including profiled version of FHIR, OAuth2, and OpenID Connect; the key function of OAuth2 here is to enable an end-user data, e.g. patient/clinician, to approve a third-party app(SMART app) to have access to specific set of user’s data that resides in an EHR system.

To allow apps to run across varied security environment, SMART on FHIR specifies rules about how apps would obtain authorization tokens. These auth tokens (obtained via OAuth2) are used in every REST API call for data retrieval.

This access token is then used by Technosoft’s customers to retrieve data from the Hospital’s FHIR Servers.

SMART on FHIR application inherently implements SSO since SMART on FHIR specifications enforce authorization via OAuth2 web standard, and as mentioned earlier OAuth2 is one of the multiple methods available to implement the SSO concept.

*Our focus is Healthcare software development*. Our solutions are deployed in over 1000 hospitals across the USA. Excellent HL7, HIPAA, EDI and other Healthcare standards knowledge and implementation experience. We have developed scheduling, Reminders, progress notes, evaluations, Transfer of Care solution, Telemedicine, IoMT, Orders, Results, History, and Physical, etc. We have developed for Chronic Care, Rehab, Mental Health, Burn, and other disciplines. 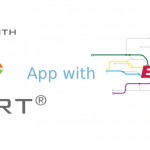 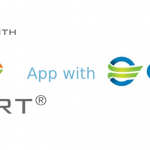 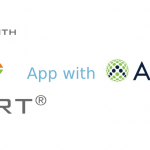 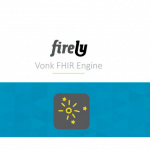 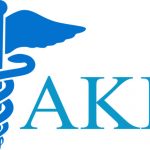 cTAKES and Extraction of Patient Information